Movies to Look Forward to: October 2015

I love making this kind of post, even if they aren't about book. Like I have said before, I love movies and it makes me sad that I don't have as much time to watch movies as I did before. Nonetheless, I still keep up to date with all the new movies that are coming out, so here are some of the movies that are being released this month and that I really want to watch. I usually put three or four movies each month and I usually only end up having time to watch one, but when I'm on vacations I can come back to these posts and catch up on all the movies. 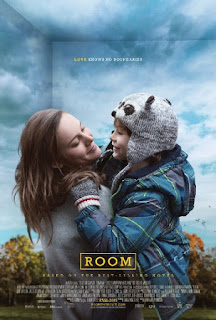 After 5-year old Jack and his Ma escape from the enclosed surroundings that Jack has known his entire life, the boy makes a thrilling discovery: the outside world.

This movie looks amazing, I have heard so many good things about the Brie Larson's performance that I can't wait to watch this. And if you add the fact that it only has fresh ratings in Rotten Tomatoes, it makes this a must watch movie for me, because I have NEVER seen a movie get only fresh ratings. 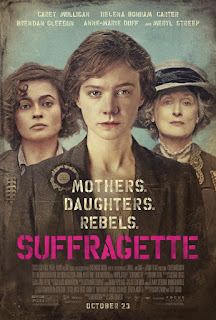 The foot soldiers of the early feminist movement, women who were forced underground to pursue a dangerous game of cat and mouse with an increasingly brutal State.

I have heard that this movie is historically inaccurate, but I want to see for myself. It definitely helps that it has a great cast. I'm really interested in the feminism movement and I just want to see what they did with this  movie. 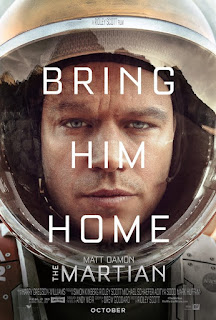 During a manned mission to Mars, Astronaut Mark Watney is presumed dead after a fierce storm and left behind by his crew. But Watney has survived and finds himself stranded and alone on the hostile planet. With only meager supplies, he must draw upon his ingenuity, wit and spirit to subsist and find a way to signal to Earth that he is alive.

Honestly, I want to watch this movie because I have heard great things about the book. Also, the cast is quite good and the reviews and rating so far have been great.

What movies do you want to watch this month? What movies did you watch last month? Did you like them?

Labels: movies to look forward to