Book Review: The Revolution of Ivy by Amy Engel 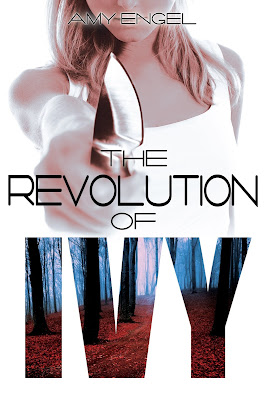 Title: The Book of Ivy

Ivy Westfall is beyond the fence and she is alone. Abandoned by her family and separated from Bishop Lattimer, Ivy must find a way to survive on her own in a land filled with countless dangers, both human and natural. She has traded a more civilized type of cruelty--forced marriages and murder plots--for the bare-knuckled brutality required to survive outside Westfall's borders.

But there is hope beyond the fence, as well. And when Bishop reappears in Ivy's life, she must decide if returning to Westfall to take a final stand for what she believes is right is worth losing everything she's fought for

I started to read The Revolution of Ivy inmidiately after I finished the first book in the series, The Book of Ivy.  I have to say that the first part of the second book frustrated me a little bit, I though it was a bit boring because the first book had an ending that made me want to know what happened next and the start of the second book didn't give away any information, it was focused in a completely different thing.Honestly, I spent the first few chapters  just wanting them to be over.

Nonetheless, after that initial part, I found this book to be a quick and enjoyable read. I felt like the new characters added interesting dynamics to the book, which I enjoyed a lot, and I found myself appreciating the relationships between all the different characters. Also, the character development of the protagonist of the previous book was well-done, it was very entertaining to watch it happen. One thing about The Revolution of Ivy  that I would like to say is that it was not as romance heavy as the first one, and that didn't make it better or worse. I guess I didn't mind the romance in The Book of Ivy, so that was why I felt like it didn't make any difference, but if any of you is thinking about not reading the second book because the romance, just know that the second book has a little less of it.

On the other hand, the writing was good, and even if the pace in the first part was a bit slow, later on it picked up. Over all, the writing and the pacing worked very well with the story, this book had a lot more action that the previous one, and there was an interesting twist towards the end of the book that I wasn't expecting at all.

My main issue with this book was the same one I had with the first one; there was so little world building, two entire books later and we know almost nothing about what happened after the nuclear war and how the world worked after 50 years of the war. I wanted to know more, the information the books gave was simply not enought.

I would recommend this duology to people who enjoy dystopia books with a lot of romance and not so much action, and to people who are looking for quick and entertaining reads.

Have you read this book? Did you enjoy it?