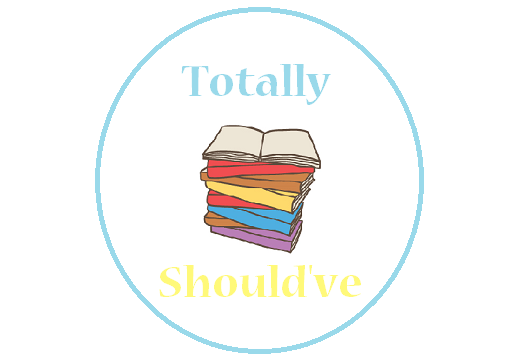 This tag was created by Emma @Emmmabooks, and it's a tag to talk about all the book related things we think totally should've happened. I have seen this go around booktube, and it look like so much fun that I decided to do it!

1. Totally should've gotten a sequel
It's not really a sequel, it's more like a continuation of some of the stories in My True Love gave to Me. I didn't like all the stories in this book, but there were some incredible ones, and I want more.

2. Totally should've had a spin off series

The Darkest Minds! I want at least a short story about Vida and Chub's roadtrip. But if we could get something else centering around them, it would be amazing!

3. An author who totally should write more books

I want to read something by Marissa Meyer that isn't part of the Lunar Chronicles. Don't get me wrong, I love that series, but I want to see what other worlds and characters can she create.

4. A character who totally should've ended up with someone else
I'm usually ok with whatever couple is canon, but when I'm ask this question I always say Katniss, not because I wanted her to end up with Gale. I just didn't want her to end up with Peeta. Actually, I wanted a completely different ending for her!


Mockingjay.  Like I said in the last answer I wanted a completely different ending for Katniss. When I read it, I didn't like the ending at all. I don't know if I read it now I would feel different, but going with my original feelings about the ending, I would change it!

6. Totally should've had a movie franchise

I don't now if franchice, because book two isn't even out yet. Nonetheless, I want Vicious to be made into a movie. I think it would be amazing!

7. Totally should've had a TV show
Maybe the Throne of Glass series. Everytime I think about an adaptation of this series, it gets me excited and nervious. If they do a tv show that's more Game of Thrones than Shadowhunters, I think I would be alright with that.

8. Totally should've had only one point of view


I can't think of an answer... the only book that comes to mind is Allegiant, but I didn´t finish it. Actually I didn't make it that far into the book, but for what I read, I think one point of view would have been better.

9. Totally should have a cover change

If you saw the first post of Good Books/ Bad Covers, you know my answer to this is the Vampire Academy series/ Bloodline series. I really don't like covers with creepy faces on them!

Me and Earl and The Dying Girl!  The original is very vibrant and it has a lot of colors, and it just makes you want to read this book. The new covers are alright, but they are nothing special.

11. Totally should've stopped at book one


I don't think it should have stopped at book one, but I do think the Mythos Academy series should have been a three or four book series. I really liked the first few books, but the last few books weren't that good.


I'm gonna tag Micheline @LunarRainbowsReviews, Carrie @TheBookGoddess and everyone else who wants to join. If you do this tag, let me a link in the comments!