After a little hiatus, I'm really glad to be back and I thought the best post to start  with was a wrap up, so you can see what I was reading while I wasn't blogging. Here are the books I read in march and april.

This book was just what I needed it when I read it. I really enjoyed  the good writing, the sligthly dark humor, the romance and the anecdotes about online dating.

The V Girl by Mya Robarts

I couldn't give this book a rating. I had so many problems with it; it was a story about a girl trying to lose her virginity, which I knew it was even before starting it, but I didn't think that all the other elements of the story were just ornaments that could be removed without consequences, because it's JUST a story about a girl losing her virginity. Also, it was plagued with myths about sex that aren't true, and there was so much gratuitous abuse for shock value. I'm not saying I didn't enjoy some parts of it, but there were more things that I didn't like than things I liked.

This book had one of the most complex and fascinating worlds that I have ever encountered, I absolutely loved that. Also, it had really interesting characters and the plot was so intricate and captivating. I'm definitely planning on continuing with this series.

Me Before You by Jojo Moyes (4 Stars)

I think my expectations for this book were too high and that affected my enjoyment of the book. Also, I thought there was more romance in it, that was what I was reading it for and it ended up not being really about that. I don't even know what to say about this, because I was expecting to absolutely love it and I didn't. 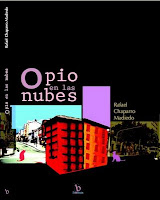 My boyfriend gave this book to me because it's one of his favorite books of all times, and he's always giving me books that are outside my comfort zone, which  I love, and this book in particular is a perfect example of that, it's honestely one of the weirdest books I have read in my life, but I ended up really enjoying it. I have not been able to find an english version, but if you speak spanish, you should totally give this book a chance. 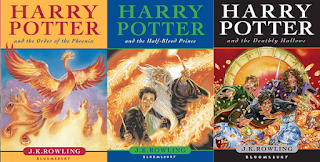 I decided to re-read this and it was the best desition in the world. Now, I remember the feeling of finishing this series and not wanting it to be over. I have been reading fanfiction and fan theories since I finished it, because I want to stay in this world with this characters. My obssesion is at an all time high.

The Invention of Hugo Cabret by Brian Selznick (4 Stars)

This was good and  I really liked the ending, but I wasn't blown away like most people are. I don't know if graphic novels or this type of books with illustrations on them are my thing.


I feel like this was such a powerful story, it was devastating and there were some scenes that had such a strong impact on me. But, again, I don't think graphic novels are my thing; I would have loved to read this in a written novel format and not as a graphic novel. 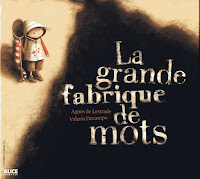 I read the spanish version of this book, and the concept behind this children's book was so smart and captivating, I fell completely in love with this story. Someone needs to write a book based on this idea, I need it in my life.

I loved this book, and I think the main reason was the complex characters that Stieg Larsson  created. I also loved the journalistic investigation aspect of the book, and the way all the pieces of the mystery finally were discovered and woven together.

I really enjoyed being back in the shadowhunters world, I really liked the new set of characters and I loved learning more about the fey (I always found them really interesting).

The Truth about the Harry Quebert Affair by Joël Dicker(4 Stars)
I loved the mystery in this book, I'm very good at figuring out who did it in this kind of books, and I did have the right suspects, but I was never sure I was right, which was good. Even if I was not entirely surprised by who was behind the mystery in this book, there was a few really shocking moments. Also, the writing was really good, too.

I will begin by saying that this book was really slow, it was a lot of talking, but I still enjoyed very much. The main thing I liked was definitely the main characters, Strike and Robin, and the relationship between them. Also, the writing was amazing as always with J.K Rowling.

RockMyTBR: Game of Thrones, Me Before You, and Opio en las Nubes (6/12)

Backlist Books: Game of Thrones, Me Before You, Opio en las Nubes, Order of the Phoenix, Half-blood Prince, Deathly Hallows, The Invention of Hugo Cabret, The Complete Mauss, The Girl Who Kicked the Hornet's Nest, The Truth about the Harry Quebert Affair, The Cuckoo's Calling  (16/ 20)

Commenting 365 Challenge I'm doing awful with this challenge, I have been gone for a while, so I haven't been commenting and I don't know in which blogs I commented before my hiatus.


Leave me links to your wrap ups, I would love to read them!