Let's Put Music to the Book: The Winner's Trilogy by Marie Rutkoski 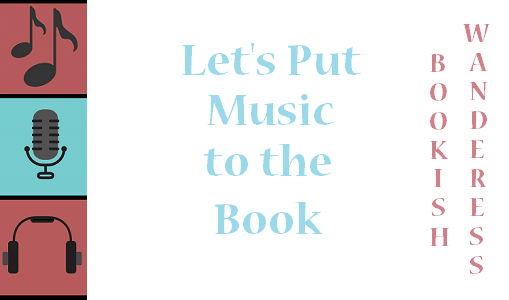 Let's Put Music to the Book is a new feature here at Bookish Wanderess, where I share playlists for books I love. The first post of this feature was dedicted to a Playlist for  A Court of Mist and Fury by Sarah J. Maas. This post is dedicated to a playlist of The Winner's Trilogy by Marie Rutkoski (The Winner's Curse, The Winner's Crime and The Winner's Kiss)


I Found by Amber Run

"And I found love where it wasn't supposed to be


Right in front of me, talk some sense to me"

This reminds me of the relationship between Kestrel and Arin, especially that first line. He was her slave and she was from the empire that took everything from his people, they weren't suppost to love each other but they did.

This reminds me of the time Kestrel and Arin spent together in the emperator's castle. They were hiding what they felt for each other, especially Kestrel, but it was still there under the surface.


Say You Love Me by Jessie Ware

"Say you love me to my face
I need it more than your embrace
Just say you want me, that's all it takes
Heart's getting torn from your mistakes

'Cause I don't wanna fall in love
If you don't wanna try,
But all that I've been thinking of
Is maybe that you might
Baby it looks as though we're running out of words to say
And love's floating away"

Again, I feel like this song can be related to the time when Kestrel and Arin were in the emperator's castle.  I feel like Arin would sing it to Kestrel, because it reminds me of the position he was in,  he just wanted to know that what they had was real.

Do I Wanna Know? by Arctic Monkeys

"Ah, there's some aces up your sleeve
Have you no idea that you're in deep
I dreamt about you nearly every night this week
How many secrets can you keep?
'Cause there's this tune I found that makes me think of you somehow
When I play it on repeat
Until I fall asleep"


I also feel like this song is from Arin's point of view. The 'aces up your sleeve' part and the 'how many secrets can you keep?' part remind me of Kestrel and the 'there's this tune I found that makes me think of you somehow' part makes me think of both of them.

Everybody Wants to Rule the World by Lorde

This song makes me think about the the end of The Winner's Curse, especially, about  the decision Kestrel had to make.

"There's no air around me, when we get this close but there's no where I want to go.
You keep it a secret if you feel the same and leave me dying to know."


AGAIN! This reminds me of The Winner's Crime when Arin wasn't sure how Kestrel felt and if it any of what they had was real.


Glory and Gore by Lorde

"Delicate in every way but one (the swordplay)
God knows we like archaic kinds of fun (the old way)
Chance is the only game I play with, baby
We let our battles choose us"

This song reminds me of the war strategy and the battles. The first two lines that I choose remind me of Arin and the last two remind me of Kestrel.


Do you make playlists for the books you read? Do you post them in your blog? Let me know in the comments!