A Clash of Kings by George R.R. Martin (4 stars)

I want to say this one thing: I LOVE TYRION! He is favorite characters of the series. With that said, this book was told from multiple POV's, most of them were POV's that were in book 1 so I already liked them and most of the new POV's I enjoyed as well. My main problem with this book was  the chapters told from Theon's POV, he was a new narrator because his pov wasn't in the first book and I found him to be really boring, which is weird because in this series even the bad guys I find really interesting and the only character that I have not enjoyed so far is Theon. Anyway, great writing, complex world and interesting character for the most part. This was really good!

The next 3 books I read for the Make Me Read It Readathon, my goal was to read at least 4 books during the readathon, but the books I chose were a bit long so that wasn't possible. Also, I also read half of The Lies of Locke Lamora by Scott Lynch, but I was not enjoying it that much and it was pretty long, so after the readathon ended I decided to stop reading it and maybe go back to it at another time. So here are the 3 books I read:

I think this book had a lot of potencial and even if I did end up enjoying it, I was expecting so much more. The characters were good but not incredible, I felt like there was something missing and I couldn't develop a strong connection to them. The time travel was explained  in a very superficial way but that did not take away from the story, because it was more about the dynamic between time travelers than about time travel itself. Also, the time traveled to some interesting places and times at the beginning, but then there were some other places and times that were not as interesting.

My main problem with this book is that I think the characters weren't fully fleshed out and they weren't distinctive at all, especially Alina and Mal, they got drag were the plot needed them and they didn't have any agency. If you took away her powers and his tracker skills, they both have such a basic and half-done personality. A lot of thing happened in the first 30% of this book and then almost nothing until the very end. Nonetheless, I flew through this and I'm pretty sure it was Leigh Bardugo's writing, which allowed me to lose myself in it. When I got to the last part of the book, I was actually surprised by some of the things that happened which is always good.

I've Got Your Number by Sophie Kinsella (3,7 stars)


After reading a few Sophie Kinsella books, I feel like the main characters of her novels are variations of the same character, which is a bit annoying. Nonetheless, I always have fun reading her books, I end up laughing out loud which doesn't happen that often. In this book, the romance was really good and there was a very beautifully written scene in the woods. 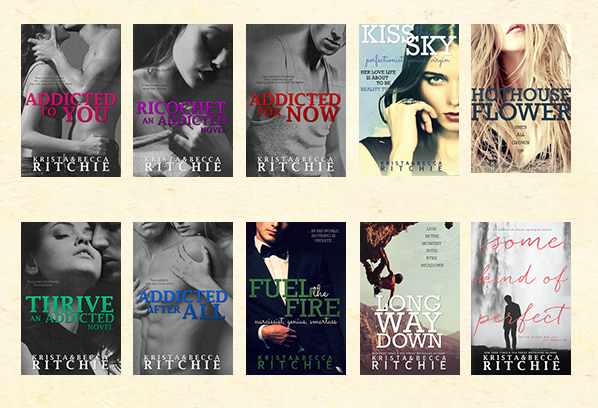 These series were incredibly character driven, which I love, and that made me become completely obsessed with the characters so I couldn't stop reading, I finished a book and immediately picked up the next one. These series dealt with so many important subjects like consent, sex addiction, PTSD, alcoholism, OCD, depression, self-worth, the power of the media, and all of them were handled so well and all of those things made the dynamic between the characters really complex and interesting. But what these series were really about was love and family, and it was really beautiful. (I will post my series review soon, but for now, I made a Let's Put Music to the Book post for these series.

Backlist Books: A Clash of Kings, 8 of the books in the addicted/Calloway Sisters series, I've Got Your Number, Siege and Storm   (41/ 20)


Have you read any of these books? Did you enjoy them? Leave me links to your june wrap up, I would love to check them out!